It’s been many, many years since I’ve last had a QSO on 160m and I believe there is a four day local contest taking place this weekend which has already started.

While on the subject of end feds, I thought I’d use my new found tools to design such an end fed. Firstly, using the spreadsheet created by Pierre, ZS6A. L network ATU calculation

The length of wire needed for a half wave end fed. At least two rolls of flex wire from the hardware store! 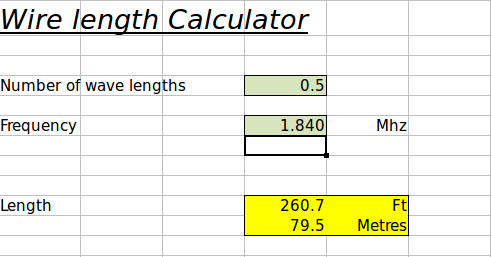 Then suitable inductor and capacitance values for an LC network taking the feedpoint impedance at 2,800 ohms (As with the ZS6U Minishack Special tuner design).

I have a few T80-2 toroids in the parts box so I used the “Mini ring core calculator” program to determine the number of windings required for a 32uH inductor. Thanks to Daryl, ZS6DLL for the link to this awesome program! (It works on Linux too, under Wine). Maybe / Hopefully this will work in the MFJ box!!! I’ll be running MAXIMUM 100W. 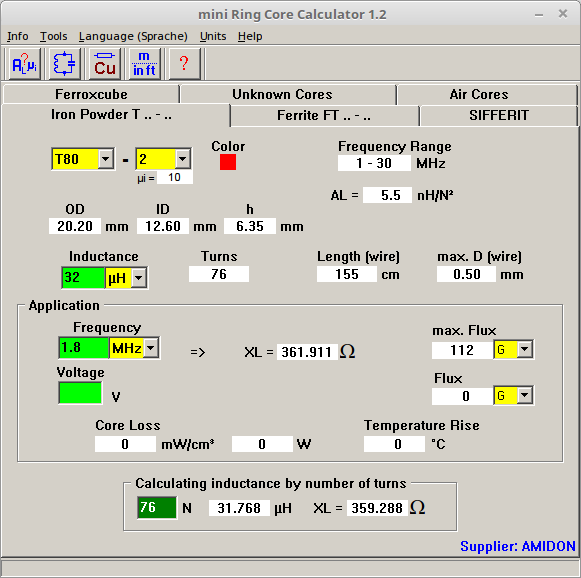 In the likely event of using the T157-2 Toroid then the winding information is as such :

It may just be worth my while setting up for 160m. I should be in my RaDAR playground on Saturday afternoon where there is plenty of space for an 80 meter long wire. I’ll take the 897d along plus the usual SLABS (And the charger).

And of course that rebellious MFJ 945e box!!! 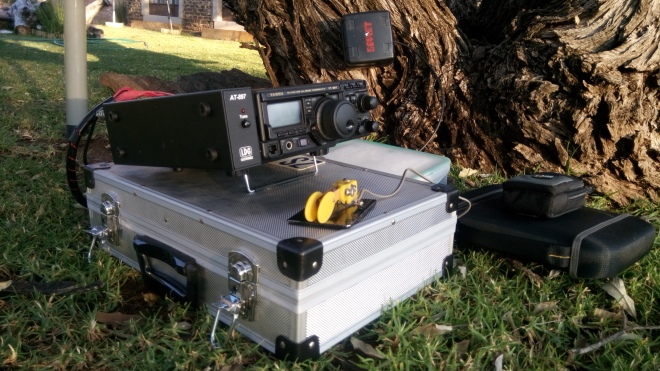