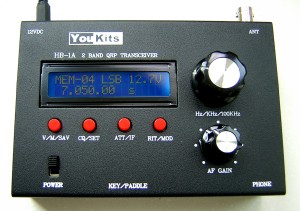 The YouKits HB1A comes in various flavours also distributed as two band units by TenTec. I have the 3 band YouKits version, 40m / 30m and 20m. I needed to build a trail friendly, finely tuneable antenna (for maximum throughput at QRPp levels) to cover these three bands, a companion for the little rig. The best option in my opinion was a tuneable end fed. 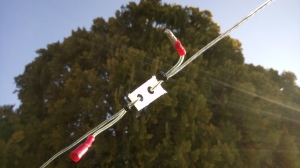 From a previous post – The calculated lengths for the radiators are: (Midband frequencies)

The tuner configuration I built falls in with this scenario:

I used 3 turns on the primary and 24 turns on the secondary wound on a T80-2 toroid. That gives a 1:8 turns ratio and is seen as a 1:64 impedance transformer. 50 ohms on the primary and 50 * 64 = 3200 ohms on the secondary. That’s close to an end fed’s feedpoint impedance but not always exactly. If it were 5000 ohms then we’d see an impedance on the primary of 78 ohms which would be a mismatch but not that much. A little unremoveable SWR. As long as it’s under 2:1 but in most cases just about 1.1:1 is achievable by tuning the capacitor C.

I built the tuner into a tiny plastic box using a piece of PC board to mount the toroid and to make the connections. This makes it reasonably rugged. The capacitor is fixed in place using contact adhesive. 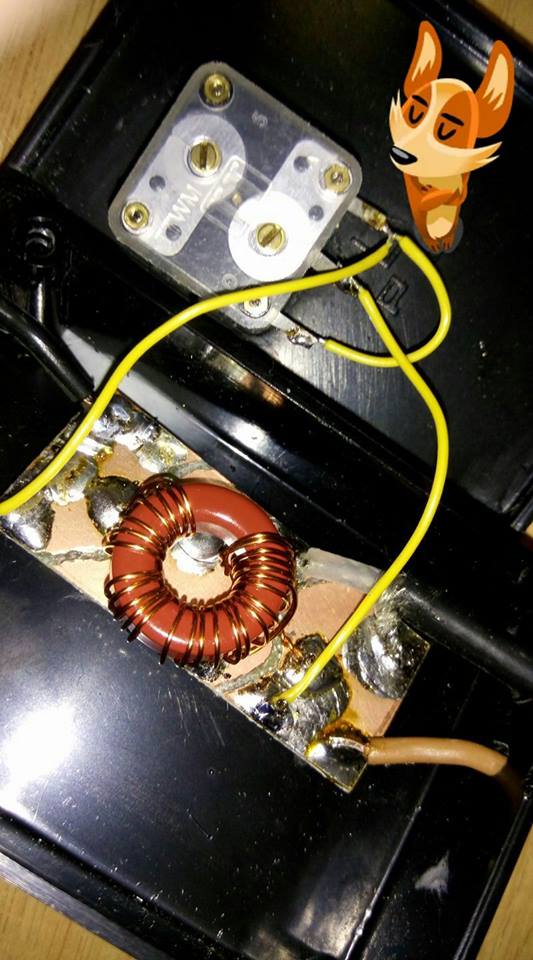 The radiator wire is permanently soldered into place and I also have a randomly chosen, around 1 meter in length, counterpoise wire that just lies on the ground. It’s just a piece of wire which makes me feel better about the “return path”. This sometimes acts as a “guying” or “stress relief” system anchoring the one side of the antenna on the ground.

The fixed and, soldered into place, coax cable and BNC connector to the rig also add to the ruggedness of the tuner.

For lack of a better control knob – a temporary workaround: 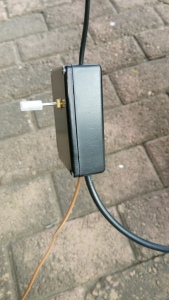 Using the FT-897d running off a battery in the back yard, I did tests on all three bands. On 40m and 30m I was able to get zero indication of SWR on the rig’s display throughout each band. It was more difficult to do that on 20m but there was a dip in SWR at almost full clockwise adjustment of the capacitor. Anything more than 10W saw spikes in the SWR which was probably caused by flashovers on the capacitor so this is really a QRP ONLY tuner! 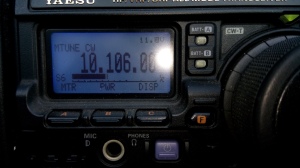 Using the mini RC-Calculator 1.2 program it would appear that the secondary’s inductance is 3.16 uH. 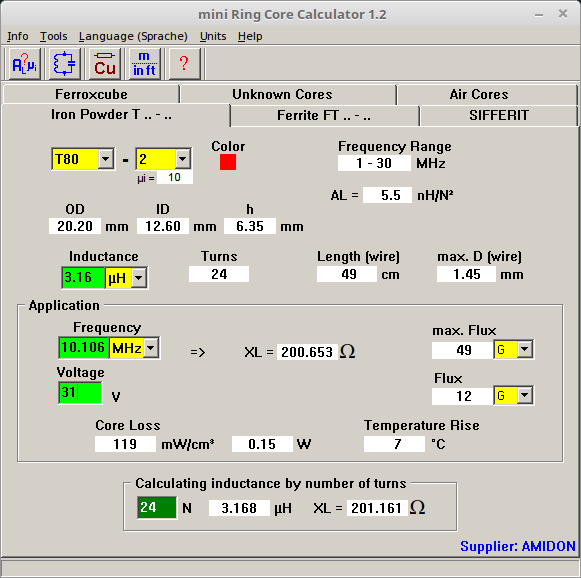 Using the same calculator the capacitance values required for the parallel tuned circuit for resonance at a particular frequency is as follows: